Once again we paraded hats for 2011 because there were so many great hats the year before. 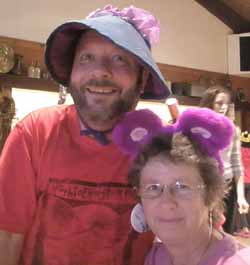 Do these two REALLY run this School?
I'd say it's in good hands then eh? 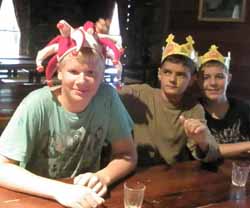 The lads had a bit of fun with the hats too 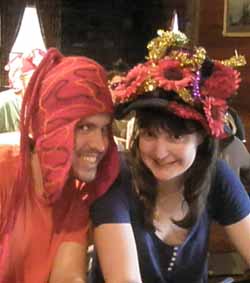 A fiddler and a singer in other disguises 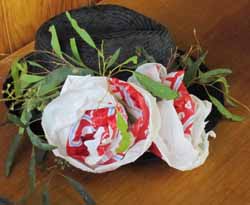 If you don't bring a hat, make one out of gum trees and plastic bags. 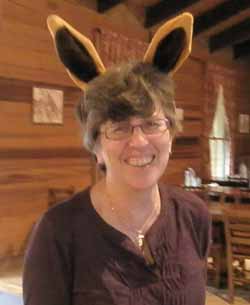 She Who Must Be Obeyed....well wouldn't YOU.

Well they ARE from W.A and the N.T so what do you expect.
They were, however the only ones prepared for the rain that we had.
It was a soggy but exhilarating School for most. 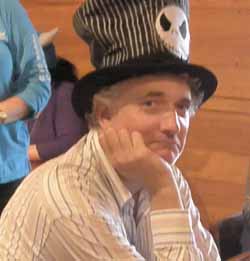 Yes, you really DO have to show off the hat. It was a beauty.

From cans on heads to cats in hats and huge sombreros, plus the brilliantly improvised plastic bag 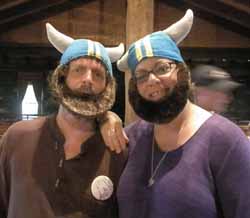 Don't know how they managed dinner but the Vikings stayed Vikings all night. 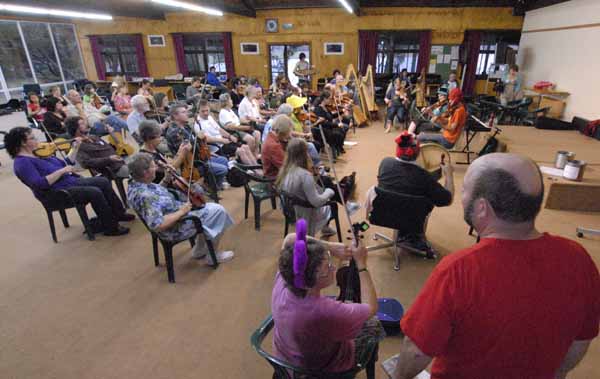 And as you can see, the hats performed in the slow jam, sessions, at dinner, everywhere around the School.